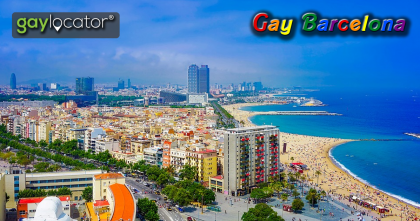 All Gay Places in Barcelona

Gay Barcelona
• 17 gay bars and clubs,
• 11 gay saunas and cruising clubs,
More than 40 Gay Places in Barcelona
For navigation, please turn on GPS in your mobile.

Throughout the late-20th century, the rights of the LGBT community received more awareness and same-sex sexual activity became legal once again in 1979 with an equal age of consent to heterosexual intercourse. Today, Spain has been recognised for providing one of the highest degrees of liberty in the world to its LGBT citizens.

Spain legalised both same-sex marriage and adoption rights for same-sex couples in 2005. Discrimination in employment regarding sexual orientation has been banned nationwide since 1995. LGBT people are allowed to openly serve in the military.

In 2007, Madrid hosted the annual Europride celebration and hosted World Pride in 2017. The cities of Madrid and Barcelona also have a reputation as two of the most LGBT-friendly cities in the world. Gran Canaria is also known worldwide as an LGBT tourist destination.

A big gay scene, sandy beaches and historical sights. One of Europe’s most popular gay destinations.