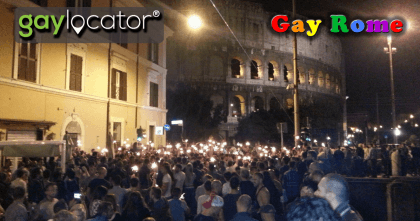 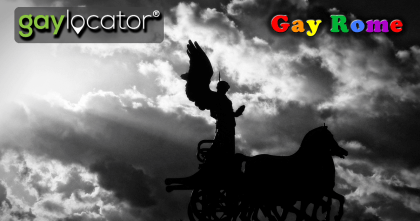 All Gay Places in Rome

There are 2 people online (looking at this page)!

Rome is one of those cities that has a place on nearly every traveler’s bucket list. It’s a major metropolitan city and with that comes a huge population of LGBT residents that live and work in the city plus countless travelers that come to behold the eternal city.
Still we have to point out that Rome is hardly a “gay” destination and the Italian capital is still highly conservative (and homophobic) and influenced by the presence of the Catholic Church taking hold in Vatican City.

No you don’t come to Rome for the gay scene but since you’re coming anyways, you might as well check out a few of these gay specific and gay friendly venues and attractions.

LGBT rights in Italy have evolved significantly over the course of the last years, although LGBT persons may still face some legal challenges not experienced by non-LGBT residents. Despite this, public opinion on homosexuality is generally regarded as increasingly culturally liberal, with same-sex unions being legally recognised since June 2016.

return airport transfer to Rome from: € 45